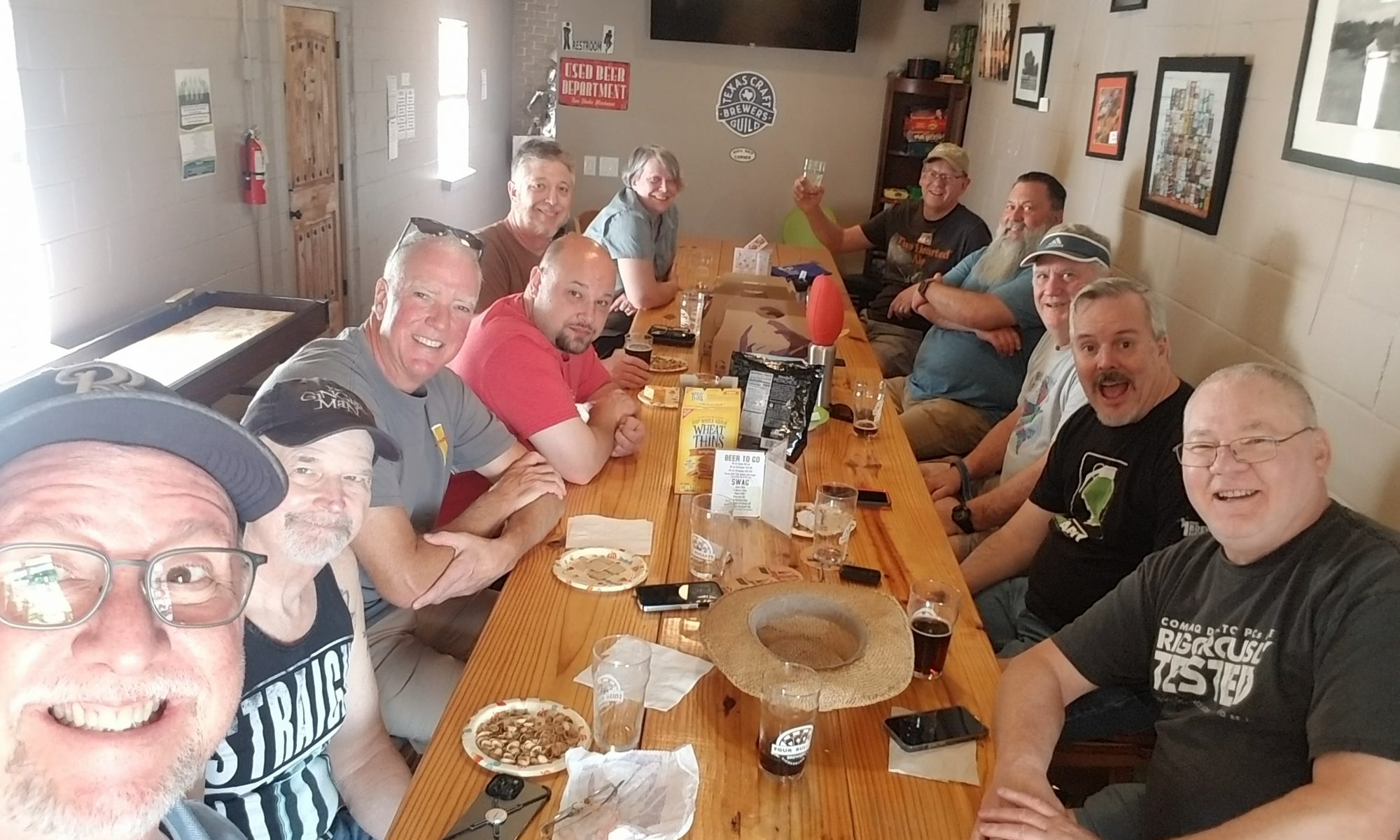 The North Texas Homebrewers Association (NTHBA) is a group of homebrewers living in North Texas (mostly, but not limited to, Dallas and northern suburbs). We are interested in making beer, mead, cider, wine, and other fermented beverages at home.

The Events tab at the top of the page will show you upcoming meetings, club brewdays, and club parties.  Non-members are welcome to join us at any event.

Membership is open to anyone meeting our high standards (like beer or like someone who does and pay dues).  Memberships are available for online purchase in our store: Memberships, or by contacting the club treasurer at any club event or via email.

Our newsletter, Livin’ the Brews, is published monthly. You can read it online by clicking on the “Club Documents->Newsletters” drop down on the upper right side of the home page.

Our club was founded circa 1983-1984. No one is sure exactly when. Meetings were held in a homebrew supply shop owned by Glen Mueller and Frank Brown (so that’s where the Bluebonnet’s Mueller-Brown Quality Award comes from!), located in the Olla Podrida shopping center (it’s gone now). Some other names from early days: Jess Haupt, Carl Schneider, Dave Gilbo, and Herschel Gibbs.

Here, as far back as we can verify, is a list of our past presidents: